Alan Levenstein brings to Houlon, Berman, Finci & Levenstein, LLC more than 30 years of experience across a range of practice areas, including Maryland personal injury law, family law and Maryland workers’ compensation. Alan also assists clients with general civil litigation in Federal and state courts in Maryland and the District of Columbia. Over the years, he has been an unwavering advocate for his clients, securing successful outcomes and recovering many millions of dollars for injured claimants.

Alan is a member of the Montgomery County, Prince George’s County, Maryland State and District of Columbia Bar Associations, as well as the Maryland Association for Justice. In recognition of his various achievements in legal matters in family law and personal injury law, Alan was selected for inclusion on the Super Lawyers® list for both Maryland and the District of Columbia in 2007, and 2011 – 2021.

Alan has been named one of the top 100 trial lawyers in the state of Maryland by the National Trial Lawyers. The National Trial Lawyers is an organization, founded in 2007, that brings together the attorneys that its leadership has chosen as the top 100 trial lawyers in each state. In addition, independent research supporting an attorney’s qualifications and the recommendation for invitation is handled by a nationally recognized law school at a major university.

In March 2021, Alan was selected to the 2021 list as a member of the Nation’s Top One Percent by the National Association of Distinguished Counsel. NADC is an organization dedicated to promoting the highest standards of legal excellence. Its mission is to objectively recognize the attorneys who elevate the standards of the Bar and provide a benchmark for other lawyers to emulate.  Members are thoroughly vetted by a research team, selected by a blue ribbon panel of attorneys with podium status from independently neutral organizations, and approved by a judicial review board as exhibiting virtue in the practice of law. Due to the incredible selectivity of the appointment process, only the top one percent of attorneys in the United States are awarded membership in NADC. This elite class of advocates consists of the finest leaders of the legal profession from across the nation.

A native Washingtonian, Alan earned his Bachelor’s degree in 1985 from the University of Maryland—and remains an ardent fan of Terrapin basketball. He earned his law degree in 1990 from the University of Baltimore. Alan has spoken on many occasions to Montgomery County students to help educate them about the legal system. Alan is an advocate for autism research and has helped raise thousands of dollars in an effort to find a cure for this neurological disorder. An avid golfer, he resides in Olney, Maryland with his wife and two sons.

Schedule a Consultation with Alan D. Levenstein
Call Our Office
Contact Us Online 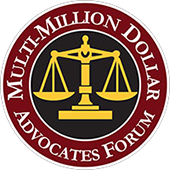 Mr. Levenstein represented my wife and me in a business suit where a vendor was trying to pierce the corporate veil. Mr. Levenstein was so good that the judge thanked him for an excellent job trying the case. We won the case and did not have to testify. I highly recommend Mr. Levenstein.